It took me a while to figure this thing out since the vehicle appears to shut down by opening the doors. But actually it's a bit of an illusion since the displays are on timers along with interior and exterior lights. So there is an off mode , accessory mode and on/ignition mode. Yeah kind of weird and crazy since I could not figure out why the car would sometimes not lock. But definitely like the large hatch and any non FWD vehicle. Except if you consider AWD partial FWD? Now that little button on my key fob that looks like it opens a hatch actually only unlocks... gheez
The hatch is a bit awkward to open and close, wish I had the smart power hatch but luv the color combo, Panthera Gray with red interior. This is a metallic paint so why no up charge like the Ceramic Silver or white? I checked out the power hatch and it only comes in the GT2 trim with no option to be added. I asked my salesman to check out adding the power hatch and he was told that I should get the GT2 version... hehehe
So apparently this car's got some German influence and it's kind of heavy at around 4,000 lbs., puts it right in line with the Mercedes E-Class with similar interior elements and a 3.0 twin turbo with similar torque and horsepower. Bud, she feels really grounded and I kind of like the extra weight even though it's always been a pet peeve of mine.

Come on now! Only one USB data port? And of course my Motorola Moto x4 doesn't have wireless charging. But I like the way the touchscreen doesn't leave any fingerprints.

I'm just discovering the cost of regular maintenance, oil changes batteries etc.
Oil change at $80 at dealer. I think I can do it myself around $45 using full synthetic with the kit. Advanced Auto has a package discount.
Battery, huge cost for replacement. Possibly over $400. Has a special sealed leak
containment compartment and is mounted in the rear hatch area underneath.
I would say little chance for the power hatch option added. Kia does not supply a kit and aftermarket sounds sounds doubtful or quite expensive.

Not much to tire rotation with staggerd fitment.

Hmm... How did that happen? 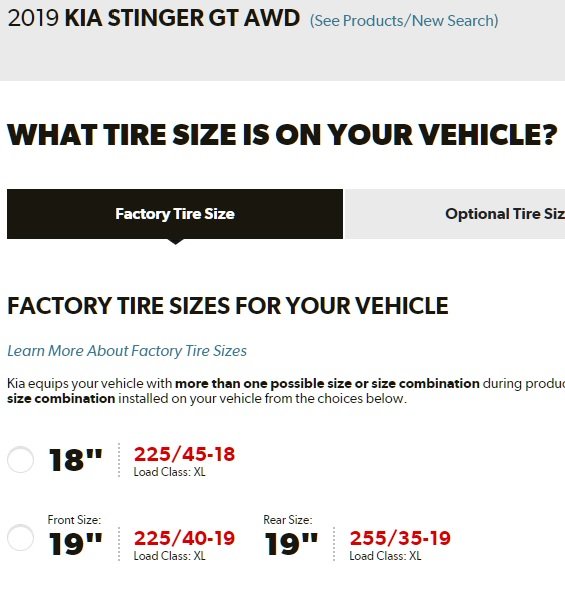 No problem, so why the battery is going to be so darn expensive?

JR-10/20 said:
No problem, so why the battery is going to be so darn expensive?
Click to expand...
The reason why is because the battery has to be able too run all the electronics in modern cars. The days of just getting a regular battery are over..

Anything from a dealer is going to be expensive. I did a quick search and found a number of places selling it for $200-$250.
OP
J

KIA-StingerGT said:
Anything from a dealer is going to be expensive. I did a quick search and found a number of places selling it for $200-$250.
Click to expand...
OP
J

I did a quick search too and found Advance Auto with zero results but also had one from AutoZone at $200. So yeah I suppose the $400 price is from dealer service quoting dealer prices. I remember when battery was about 50 - 60 bucks and then they went up to 100 and now 200 plus. I guess it's been awhile since I shopped for a battery.
Last edited: Apr 8, 2021
OP
J