A friend of mine sent me these photos and asked if I had planned on ordering the carbon fiber trimming. I didn't know they offered this, can anyone confirm if its an option? I prefer this look over the brush metal as I think its less prone to scratching. 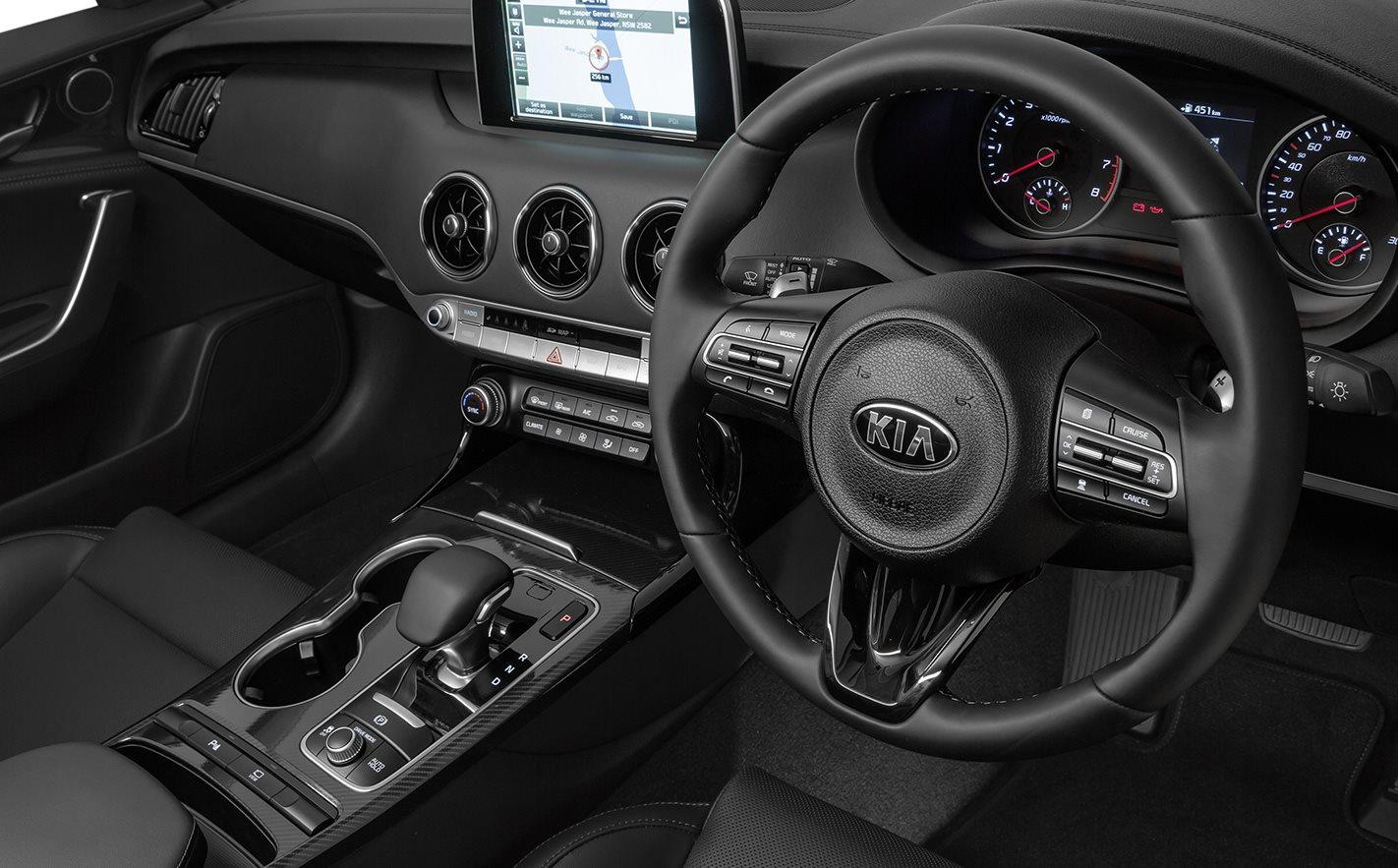 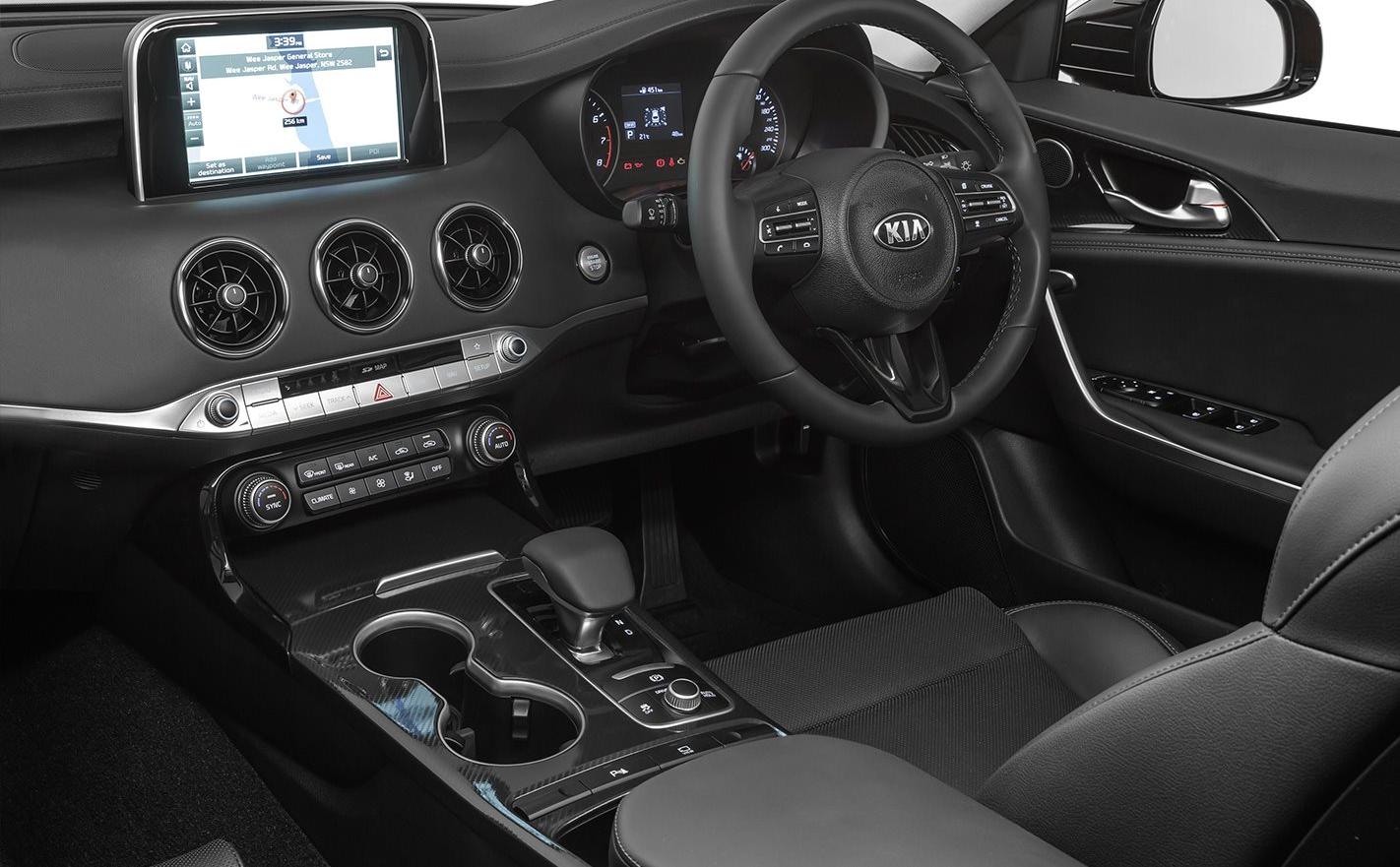 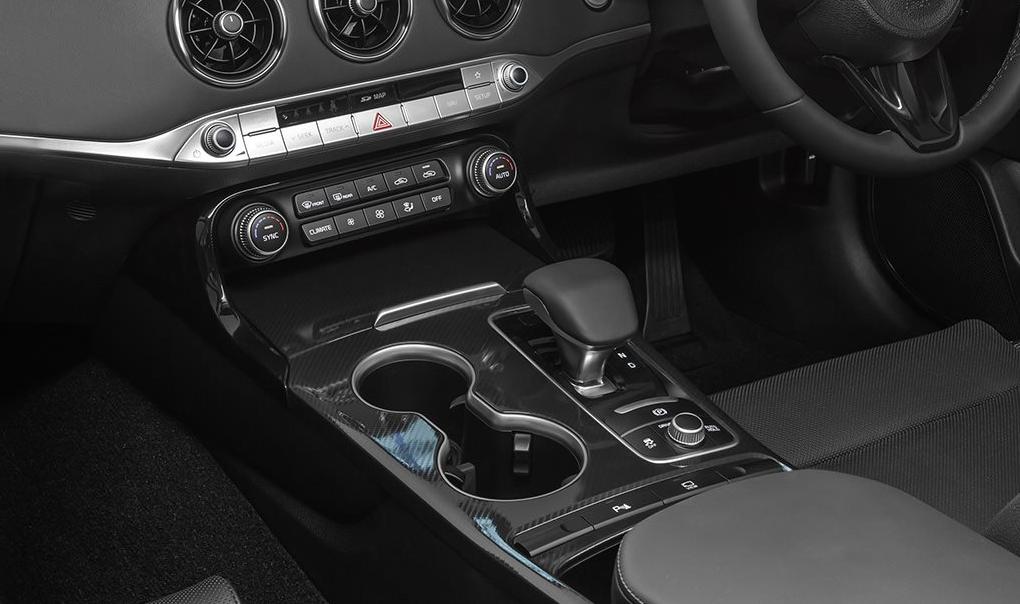 Here in Canada we get carbon fiber on the Stinger GT and aluminum on the GT Limited.

Interesting, that looks like a base Stinger in the photo. Would be nice to see a carbon fiber option available on all trims here in the US.
S

I would be upset if they gave us faux carbon fiber lol.

StingerMike said:
I would be upset if they gave us faux carbon fiber lol.
Click to expand...
It is most likely not real otherwise it will cost a lot.

STINGER said:
It is most likely not real otherwise it will cost a lot.
Click to expand...
I understand the cost factor, that's why it would be an option. Both MB and Audi charge $1k more for interior Carbon fiber, Kia could do the same for those who prefer the real thing.

I'm sure all this stuff will hit the after market when the cars are well distributed , the German brands have several "tuner" companies that produce and sell body acessories and I'm sure the Stinger will get a few doing the same too

There is a lot of dry CF look stickers available in korea for interior and exterior but cheap $15 sticker really doesn't belong on a car like stinger and shipping would cost more than sticker so it's not something I will offer.
This is what I wrote in the other thread:


Hard to tell from the picture for sure but to me it looks like fake carbon fiber imitation, either a high gloss vinyl wrap or hydro dipped, it doesn't appear to have that deep 3D effect like real carbon fiber.
If this was real cf it would cost a fortune and I'm sure it would be posted somewhere until now but I could be wrong. The other problem is car is RHD meaning even if this is stock it's not possible to get from Korea as they can not get rhd specific parts.

In case this is an option, stock parts from factory it will be available sooner or later but if they are meant for export models like for Australia and Canada only then it will not be possible to get them from Korea, only from official dealership in mentioned countries meaning price will be very high.

Not sure where somebody was asking about CF center console but I just found it and as I expected it's not real cf but just cheap glossy vinyl CF look stickers on top of stock black console.
Sorry to disappoint you guys but there is no real oem CF console available. Those someone said are offered by dealaership are most likely just stickers. 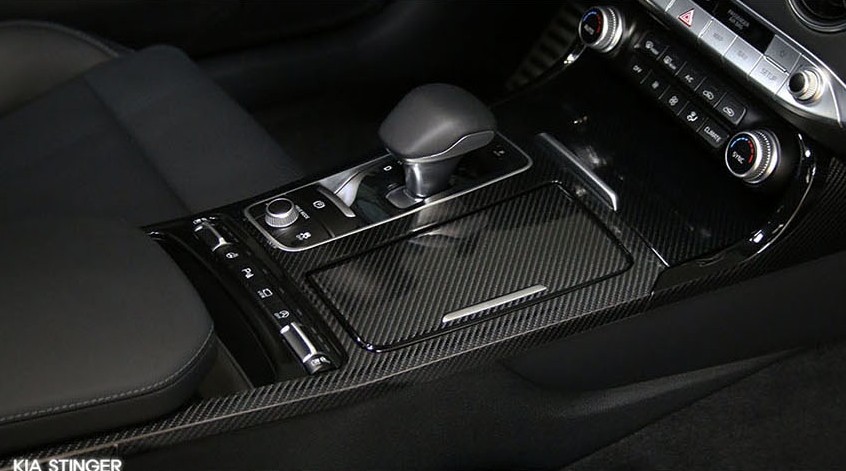 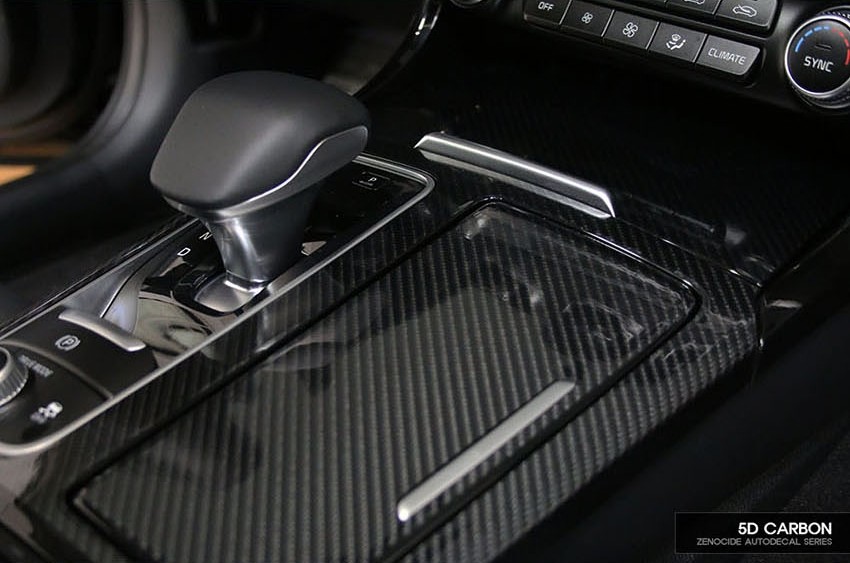 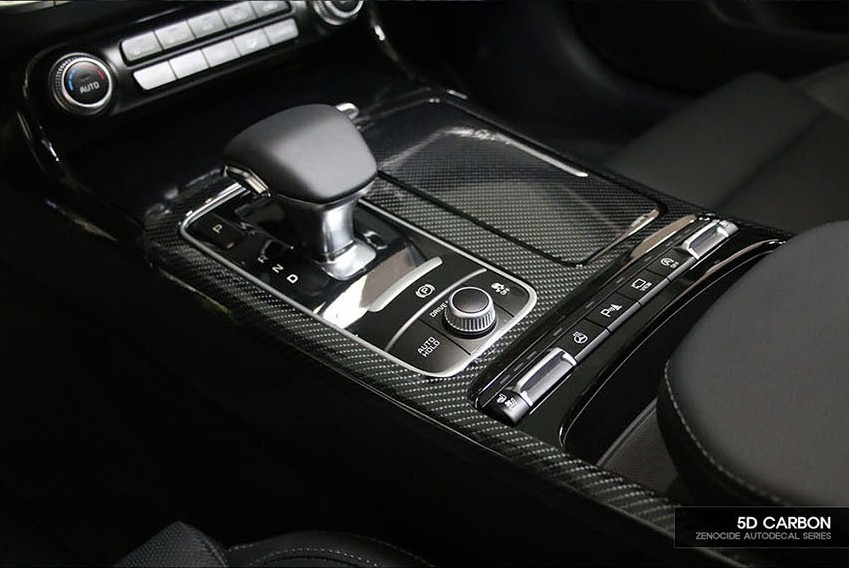 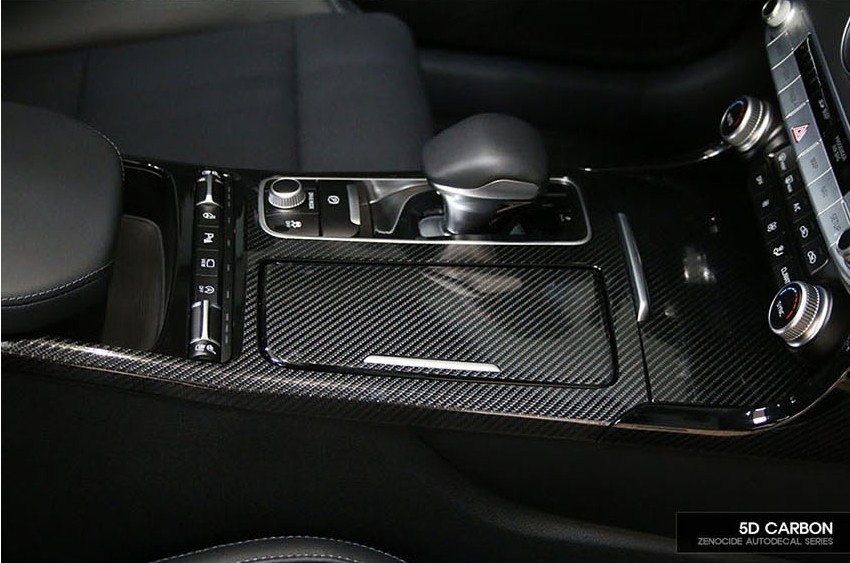 STINGER said:
It is most likely not real otherwise it will cost a lot.
Click to expand...
We've got the exterior CF package pieces on the website, this is REAL carbon fiber replacement. Not cheap or overlay crap, real replacement pieces. Also keep in mind these are OEM factory upgrades

I live in Canada and I have the carbon fibre package for the interior also. I thought it was cheap sticker so I took the door panel off and took the handle off as it was carbon fibre. My centre console looks like the one in the picture also, full carbon fibre. It is real carbon fibre. It’s not a sticker or over lay. I tired to upload a video and it is saying it’s too large for the video if anyone wants the video please msg me.

spider55 said:
Welcome @PickleBoyHsu
Click to expand...
Thank you, because of this forum I bought a Kia Stinger, so much information on here.

Guzman said:
I also have Canadian Stinger GT with the carbon fiber trim. I thought it was fake. I would like to see the video you took. Thanks
Click to expand...
Shoot me a msg on Instagram if you have that. My username is the same on here! I’ll send you the video as the file is too big to do it here!

Guzman said:
I also have Canadian Stinger GT with the carbon fiber trim. I thought it was fake. I would like to see the video you took. Thanks
Click to expand...

PickleBoyHsu said:
Shoot me a msg on Instagram if you have that. My username is the same on here! I’ll send you the video as the file is too big to do it here!
Click to expand...
Send you a message on Instagram. Thanks

What I Drive
2021 Kia Stinger GT-Line