What makes the 2018 Kia Stinger GT so special? 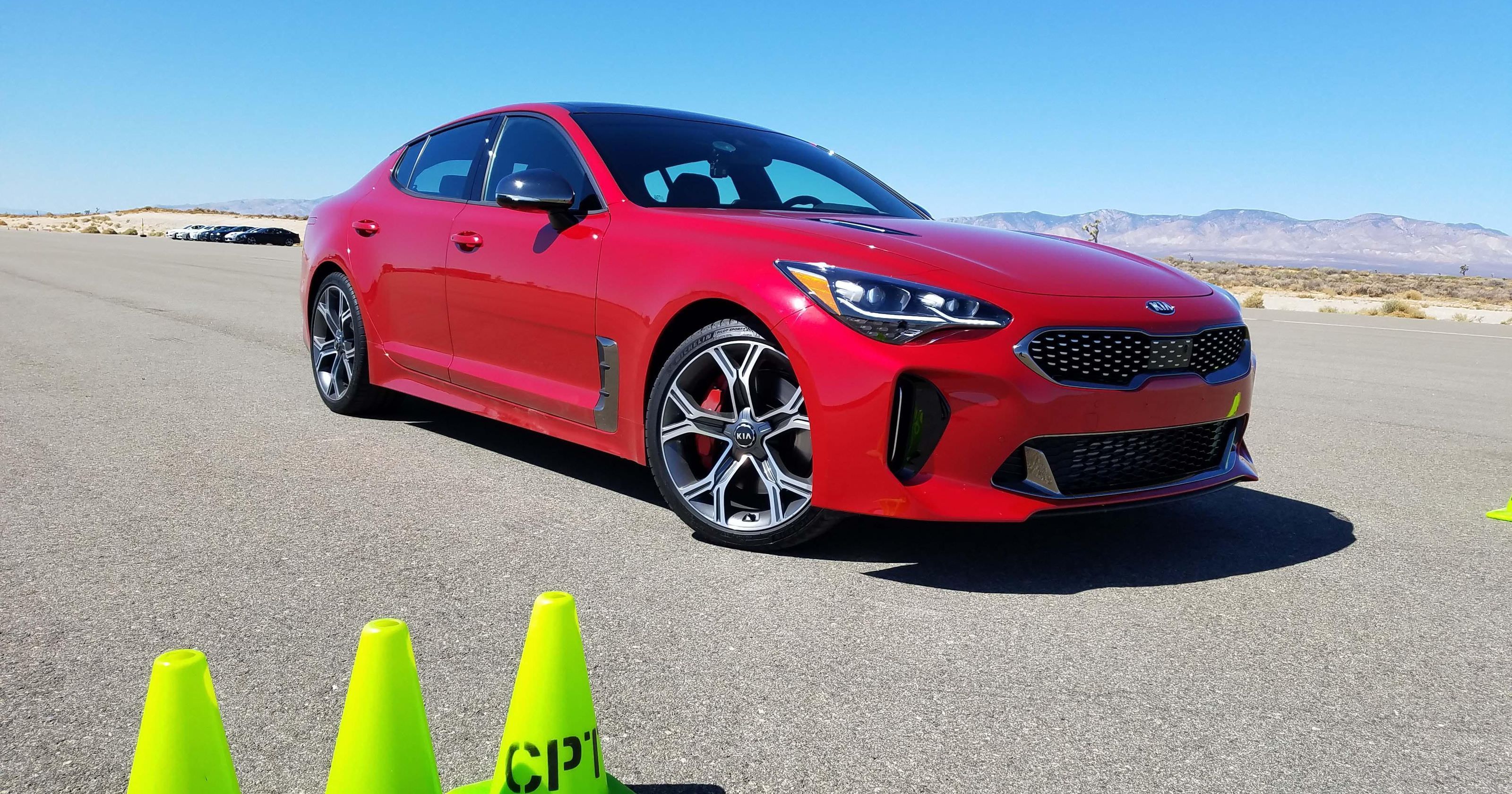 At first glance, the new Kia Stinger is a world-beater and a giant-killer, all at once. It certainly stunned the savvy, jaded crowd and stole the show when it was unveiled in Detroit, last January.

With its long, flowing lines and wide, hunkered-down stance, it clearly looks the part of the gran turismo sport-luxury sedan it is claimed to be. Impressive technical specs and serious credentials further support the lofty aims of its creator, Korea's second-ranked carmaker, the rambunctious and ambitious Kia Motors.

From the show circuit to the road
Two seasons later, the time had come for our first drive of this interloper on some of the best roads in southern California and at the Hyundai Group's proving ground, in the Mojave Desert. We were handed the keys to pre-production versions of the top-line Stinger GT, powered by a twin-turbocharged, 3.3-litre V-6 engine that develops 365 hp at 6,000 rpm and 376 lb-ft of torque from 1,300 to 4,500 rpm. It's said to be good for a 0-100 km/h sprint in a claimed 4.9 seconds. The Stinger will also be available, later, with a turbocharged, 2.0-litre, four-cylinder with peak outputs of 255 hp at 6,200 rpm and 260 lb-ft of torque, also from 1,400 to 4,000 rpm. A bright yellow Stinger, thus equipped, was on display in California but we didn't get to drive it. Another time!

Both engines are exclusively paired with a second-generation, eight-speed automatic gearbox and rear-biased all-wheel drive with ?dynamic torque vectoring' for the Canadian market. A system that will send up to 80% of driving torque to the rear wheels, for better handling balance in Sport mode, and up to 50% to the front wheels on slippery surfaces for more balanced traction.

Rear-wheel drive versions of the Stinger, available to American and British buyers, provided interesting contrasts in handling and driving feel on the roads and various driving courses.

Confident or simply brash?
Largely inspired by the low, wide and striking profile of the GT Concept, created in Kia's studio in Frankfurt and unveiled at that city's grandiose auto show, in 2011, the production version of the Stinger has remarkable presence and elegance. It too was shaped in Frankfurt, under the direction of Gr?gory Guillaume, Kia's chief designer in Europe.

With a unit-body structure that is 55% high-strength steel, the Stinger is longer than a host of competitors such as the Audi A5 Sportback, BMW 4 Gran Coupe, Infiniti Q50, Lexus GS and Mercedes-Benz CLS. It also rides on a longer wheelbase which clearly benefits rear-seat room, in proper gran turismo tradition.

In fact, Kia has such confidence in its new halo car that it compared the Stinger to higher-ranked and even more prestigious cars such as the Audi A7 and Porsche Panamera 4, in the technical and marketing presentation. The Korean upstart was very close or superior to these German aristocrats in just about all respects. More about its price, shortly.

We were also provided with prime specimens of several of these competitors for direct comparison on a long autocross course at the Mojave Desert proving ground.