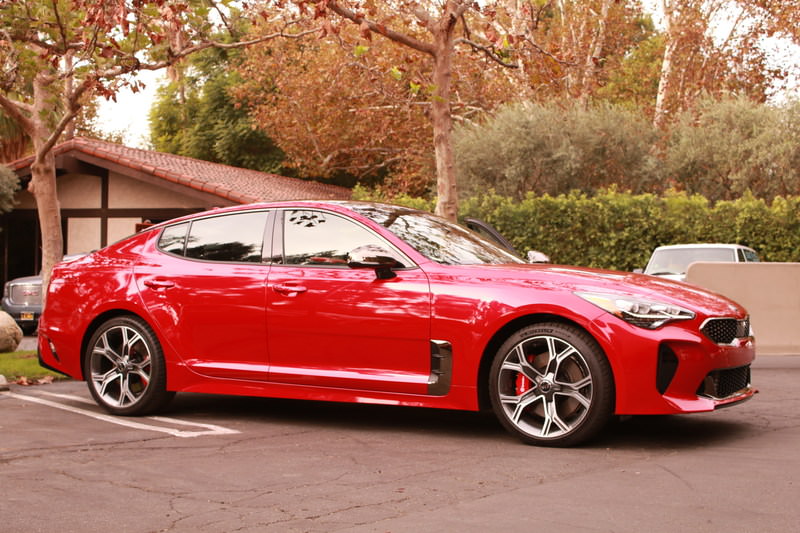 Celebrating 31 seasons on TSN, MOTORING TV, one of the longest-running and most respected Canadian automotive television programs, has selected the Kia Stinger as its Car of the Year for 2018.

"The Stinger is a revolution that will give consumers pause for thought."

"It's fast; it's very comfortable and handles like the dickens. It also has AWD that means the Stinger is more than a fair weather friend."

What I Drive
'05 Pontiac GTO

Interesting to note that the "Performance Car" winner was the Lexus LC500. If you look at a review of the LC500 by Car & Driver (coupe, so it's not a hatchback or fastback or sedan) you'll see the performance specs are virtually identical to the Stinger! It has a lot more advertised horsepower at 471HP but only 398 lb/ft. torque (Stinger 376 lb/ft) and it's a heavier car by about 375 pounds, but look at the specs - both coming from Car & Driver reviews:

Lexus 0-60 in 4.6 sec. The Stinger has been repeatedly clocked at 4.6 or 4.5 by those reviewers with the capability of doing so, and Car & Driver (same reviewer) clocked 4.4 sec. Virtually identical with a possible edge to Stinger.
Top speed 168 vs. the Stinger 167. Both are computer limited by tire limitations.
Cornering is also virtually identical at 0.93 g for both cars.
The only place the Lexus wins is on interior with stitched leather door panels, but it fails (according to the reviewers) for an awkward user interface on the media toys.
And of course it costs somewhere north of $85,000 ($105,000 as tested by C&D)

So you can buy two Stinger "Car of the Year" for the price of one Lexus LC500 with identical performance specs. That's a lot of money for a badge.
Last edited: Feb 15, 2018
You must log in or register to reply here.
Share: Facebook Twitter Google+ Reddit Pinterest Tumblr WhatsApp Email Link