Kia Stinger GT by the Numbers 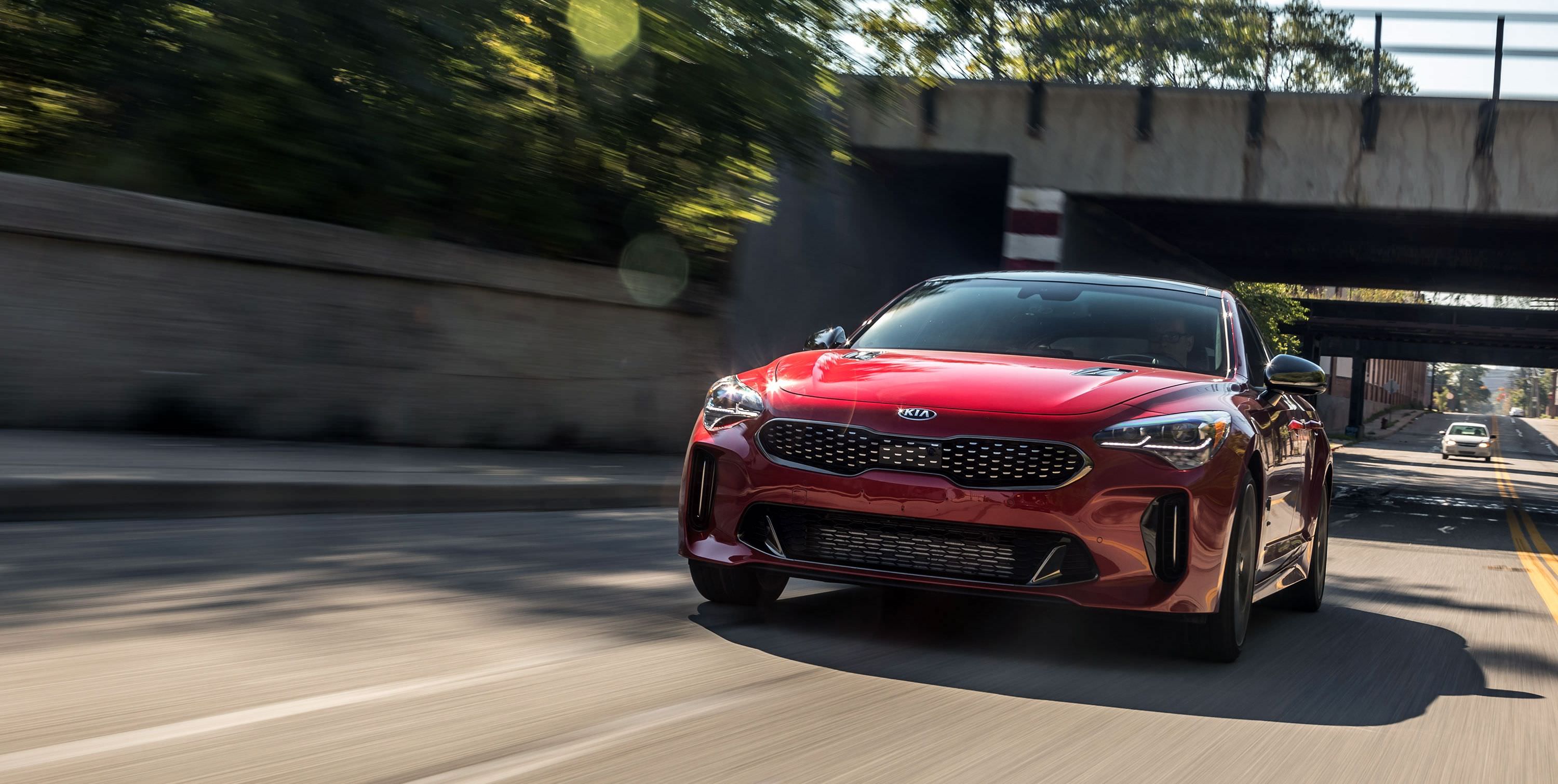 The Stinger GT's entry into the sports-sedan market marks a bold new direction for Kia, a company historically focused on value and reliability. Its GT is a first for the company, fusing the practicality of a mainstream sedan with the dynamic long-distance comfort and performance of a gran turismo car at a price lower than many luxury-brand rivals.

Many people who hear the words ?grand touring? in the same sentence as Kia might scoff. And the company knows it. Eddie Rayyan, Head of Product Strategy at Kia, readily admits, ?We had to develop a true gran turismo without compromise to earn the respect necessary to compete against the world's best vehicles.? He goes on: ?Stinger was the most challenging product we've created and is a defining moment for Kia.? Anything similar wears luxury badges, so how does the Stinger GT-that's the one powered by the 365-hp twin-turbo V-6*-match up in a heady class of sports sedans that includes the entry-level Porsche Panamera, Audi S5 Sportback, BMW 340i xDrive, BMW 640i Gran Coupe, Infiniti Q50 Red Sport 400, and the Lexus GS350 F Sport? 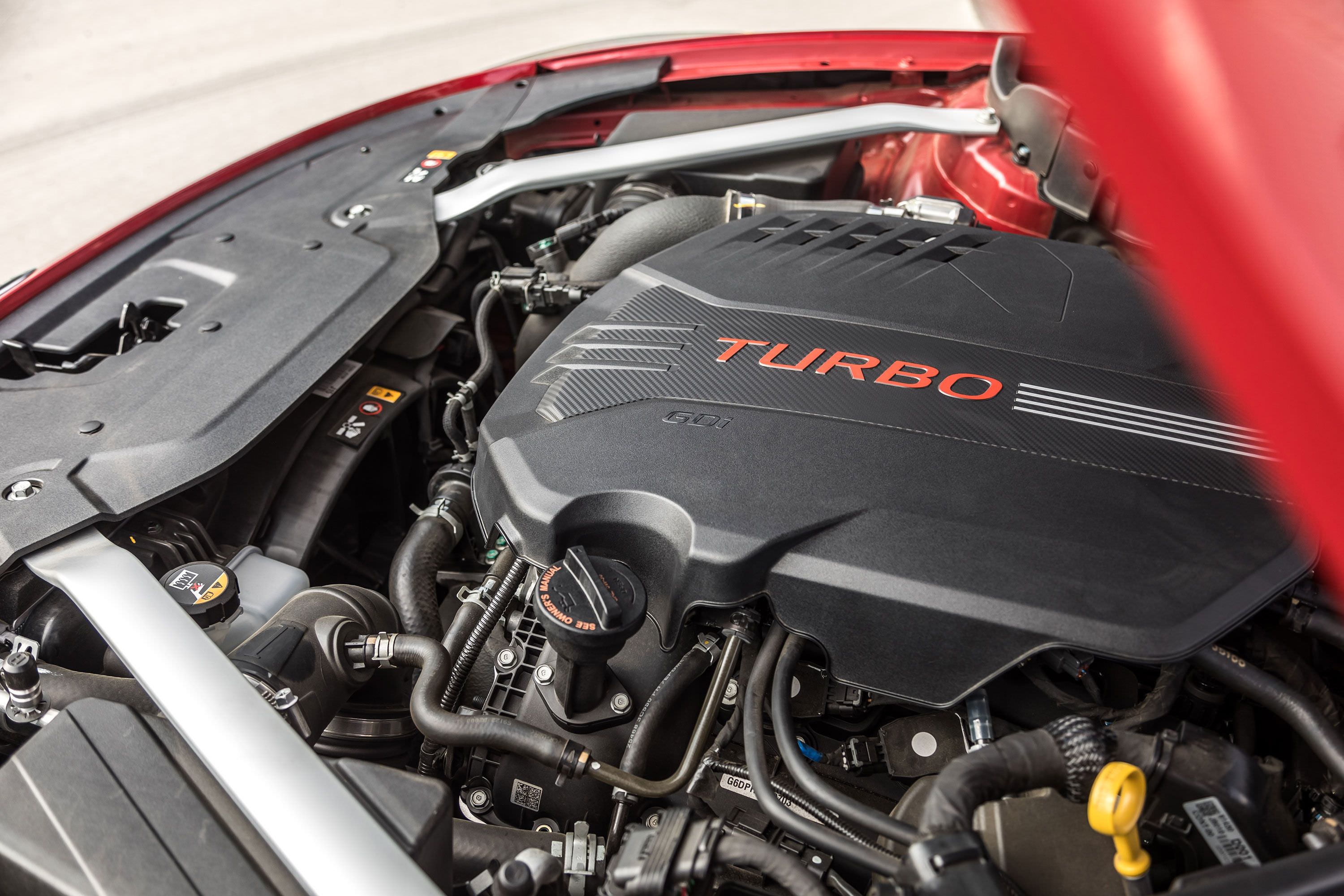 The Stinger's 365 horsepower V-6 places it ahead of the BMW, Audi, and Lexus sports sedans in terms of power, but short of the 400 horses under the hood of the Infiniti Q50 Red Sport 400. However, Stinger's 376 lb-ft of torque leads the pack, and this shows in its off-the-line acceleration (keep reading for a 0-60 comparison). The power is harnessed by an 8-speed automatic transmission with manual shifting mode. Kia also offers a 2.0-liter turbocharged four-cylinder engine, which puts out 255 hp and 260 lb-ft of torque-far from modest for a base model. 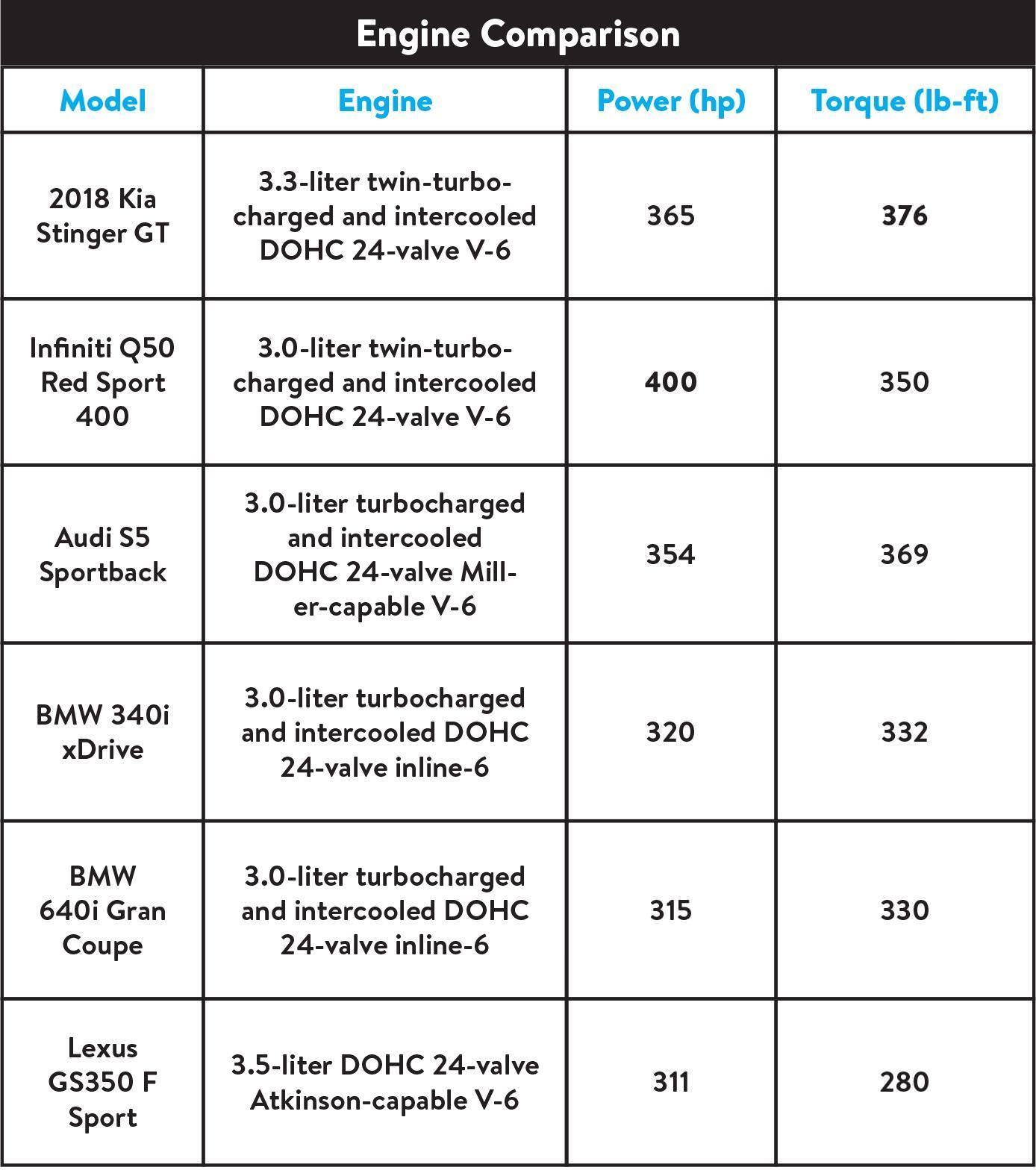 The Stinger GT's power shines as it blasts to a 167-mph top speed, faster than any car in the comparison. The next highest of the cars we examined was the Audi S5 Sportback, topping out at 155 mph. The Audi, however, bests the Stinger off the line, traveling zero to sixty mph in 4.3 seconds compared to the Stinger's 4.4 seconds. However, the Stinger catches up shortly after, tying the Audi to a 12.9-second quarter-mile and pulling ahead at higher speeds (140 mph took 22.4 seconds compared to the Audi's 24.9 seconds). Stinger achieves its best off-the-line performance using launch control, which according to Kia is about 0.2 seconds quicker. In our testing, the rear-wheel-drive model was 0.2-second quicker than the all-wheel-drive variant.

Kia offers Brembo vented-disc brakes for the Stinger GT, and that's a good thing. Weighing more than many of the other cars in the group, the Stinger GT needs the extra stopping power. Considering its weight, it's that much more impressive that the Stinger stopped in the same 158 feet as the best-performing Audi S5 Sportback.

Kia designed the Stinger with its engine mounted as far back as possible to improve handling. The car's balance, combined with the grip from its Michelin Pilot Sport 4 summer tires, deliver 0.93 g on our 300-foot diameter skidpad test. Pulling nearly 1 g is sure to deliver thrills, and it lands the Stinger's road handling squarely within the luxury sports sedan class of cars, between the Audi S5 Sportback at the high end pulling 0.95 g and the Lexus GS350 F Sport at the low end with 0.85 g. 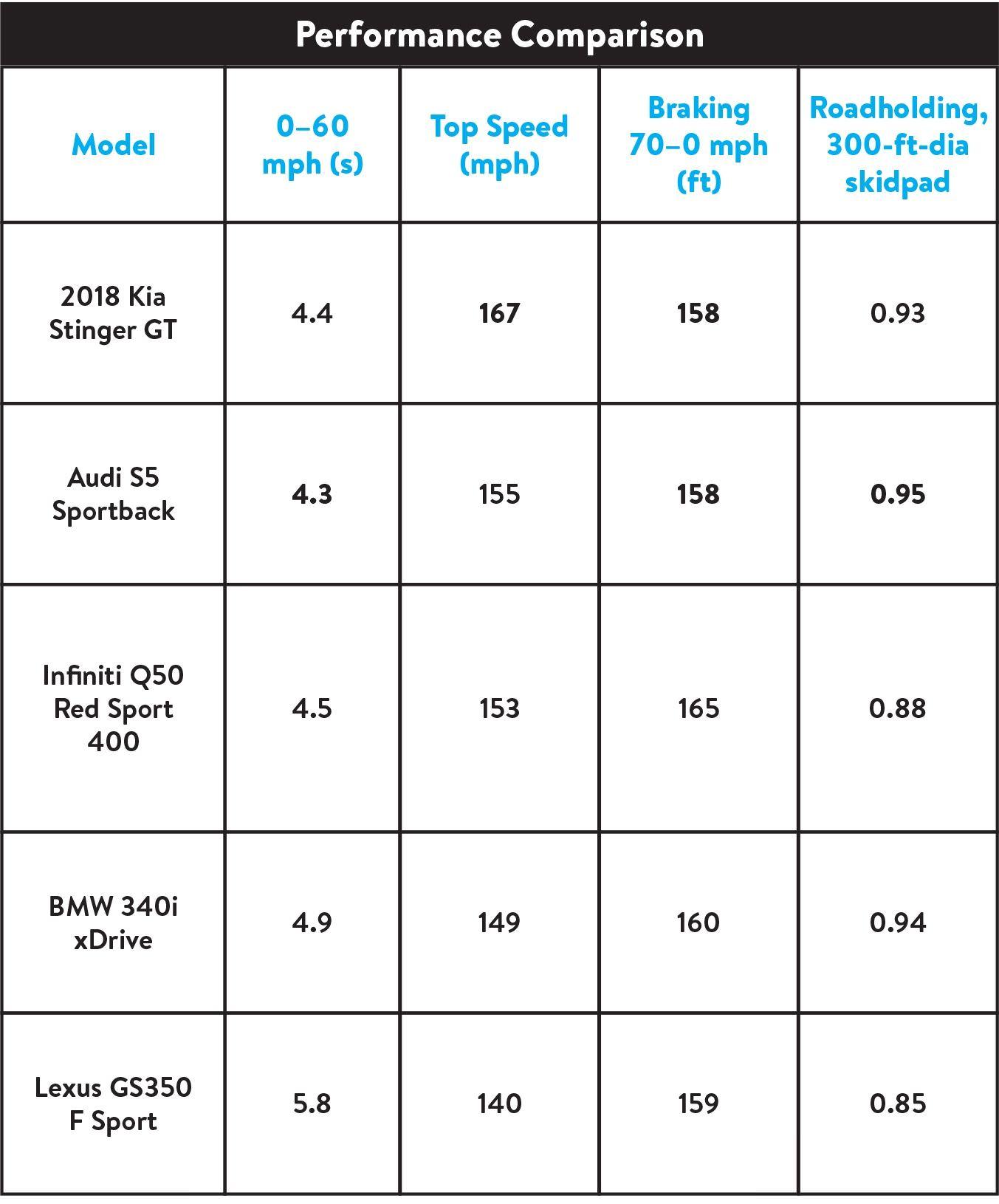 As noted before, the Stinger GT is on the heavy side, weighing in at 4004 pounds for the rear-drive model and 4157 for our all-wheel-drive test car. However, this weight is distributed over a long wheelbase, with 51.9 percent of the weight on the front and the rest on the rear. Stinger's wheelbase is shorter than the BMW 640i Gran Coupe but longer than most of the cars we looked at, including the Audi S5 Sportback, Infiniti Q50 Red Sport 400, and the Lexus GS350 F Sport. A long wheelbase tends to reinforce the gran turismo goals, increasing comfort and stability, even at higher speeds. It also contributes to the Stinger's styling, creating a car that looks fast even when not going 167 mph. 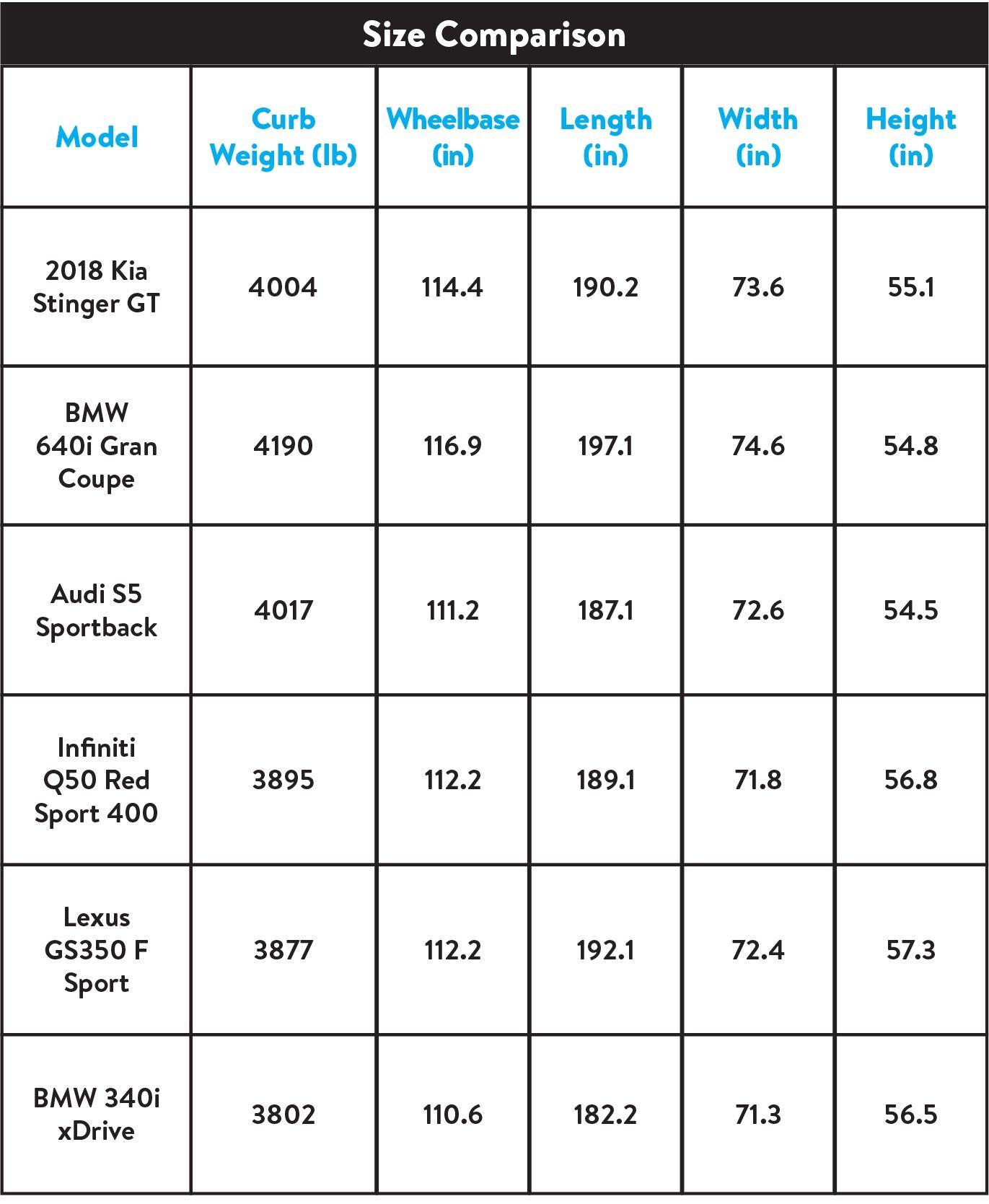 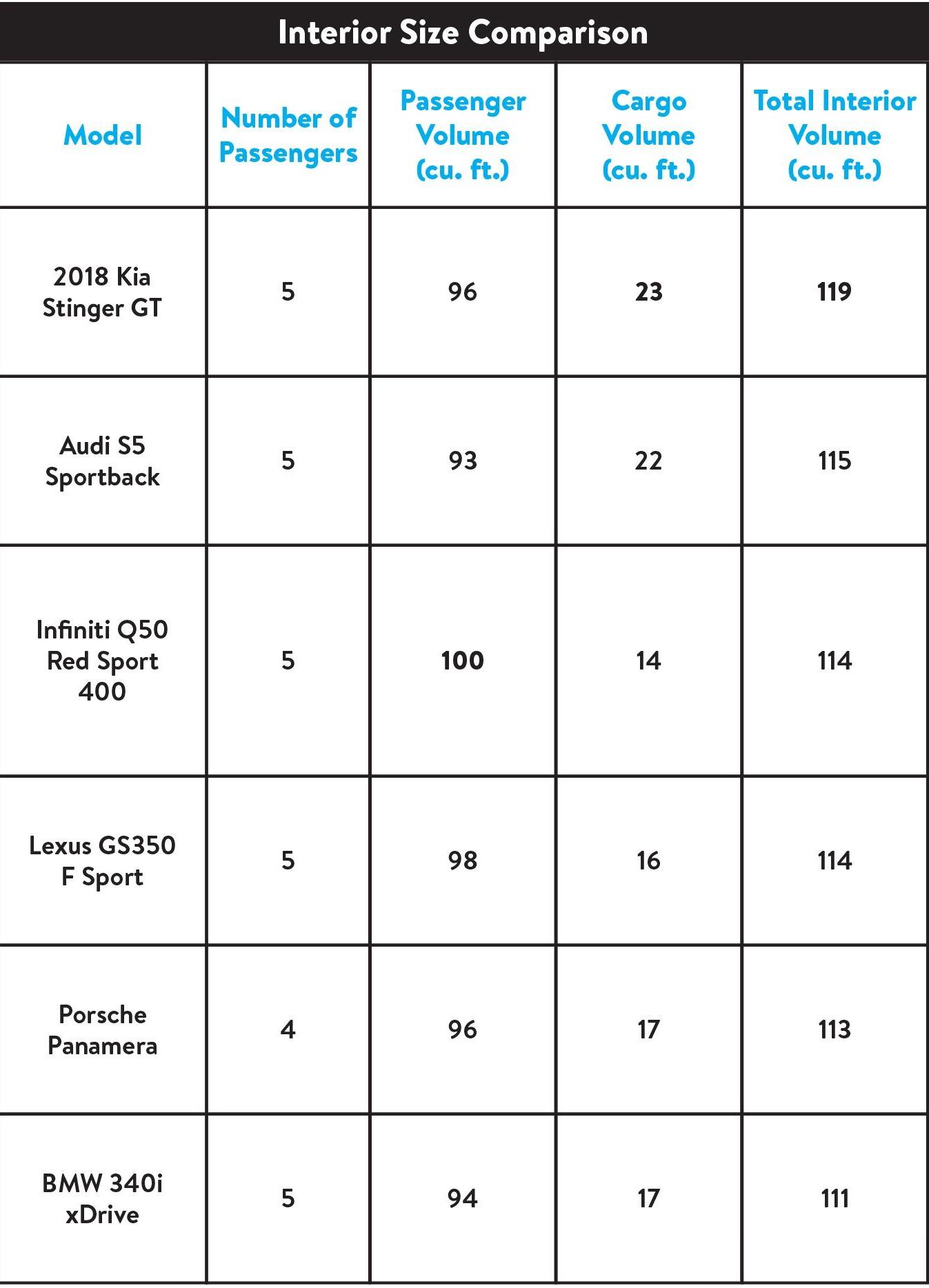 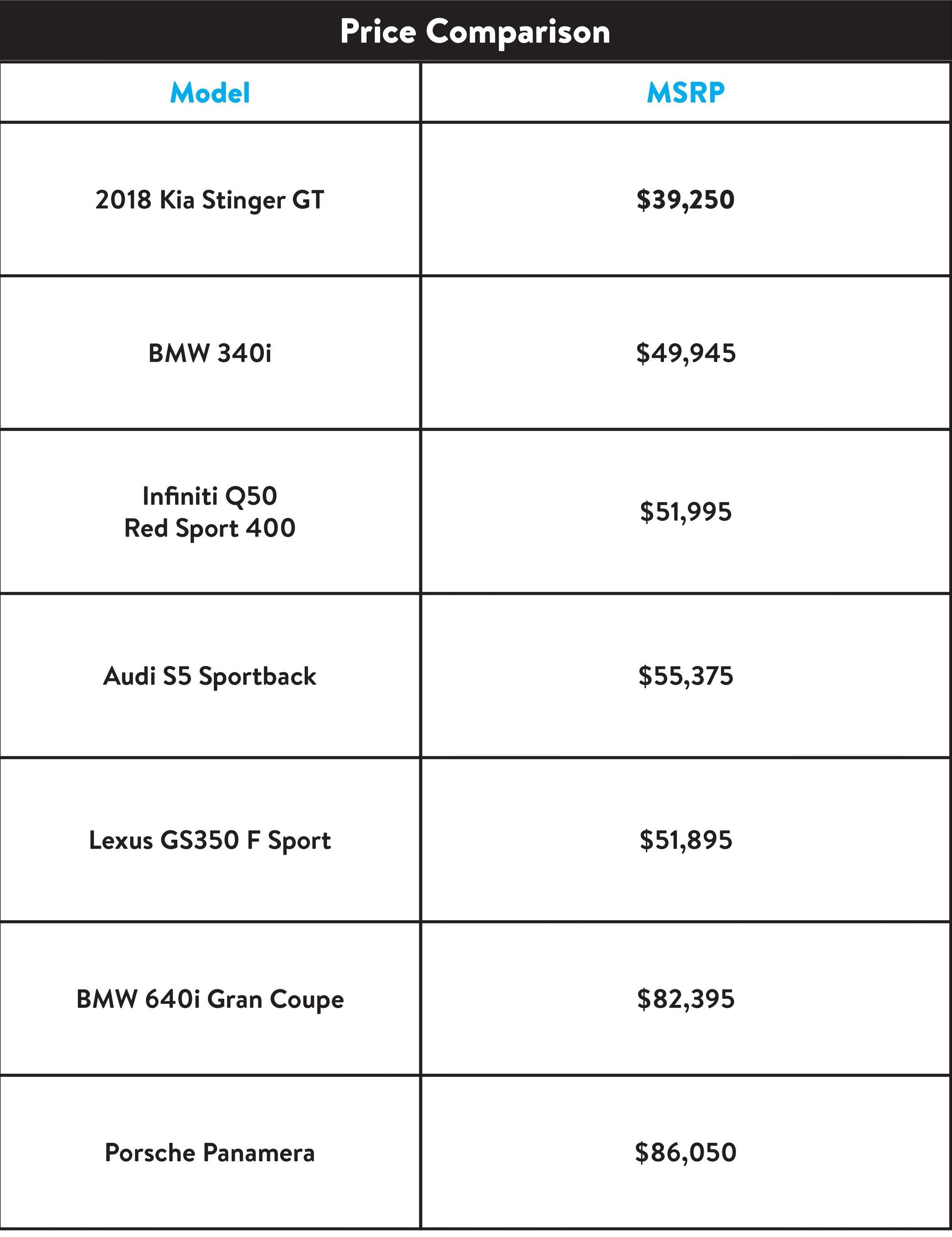