Are racing stripes on the Kia Stinger still in? Hmmmm. I dunno. Going to have to marinate on this one.


Sent from my iPhone using Tapatalk

It depends on the color and I'd have to see it in person.

What I Drive
Stinger GT2

Yeah, I have to agree with [MENTION=321]robz32[/MENTION]. Maybe on a flashy color like the yellow. But not the staples; black, blue, red, white...

What I Drive
'05 Pontiac GTO

I come from many years back - probably the oldest Stinger fan on this forum. As I posted elsewhere, in my early car days, there was a "sleeper" fad. We stuffed huge engines into plain-Jane cars, or took all the ID off our cars (I turned my '70 Plymouth GTX into a "Belvedere"). It wasn't a de-badging because cars were easily identified, but rather an attempt to hide whatch' got under the hood. So racing stripes were only seen on little sports cars like the Triumphs, MG's and other 2-seater sports cars.

What I like about the Stinger is -- well, it's a Kia. None have been seen on the streets in my part of the U.S. and the Camaro and Mustang drivers don't (yet) have a clue what they are -- just a Kia. Putting racing stripes on "just a Kia" is sort-of a joke...at least for the time-being.

Mine is another month or more away (unless the dealer finds one in the woods somewhere), and I'm going to have fun until the "new" wears off and people begin to respect the Stinger. For me, that means no stripes. The wheels are "bad" enough to mark it as something -- well, special. 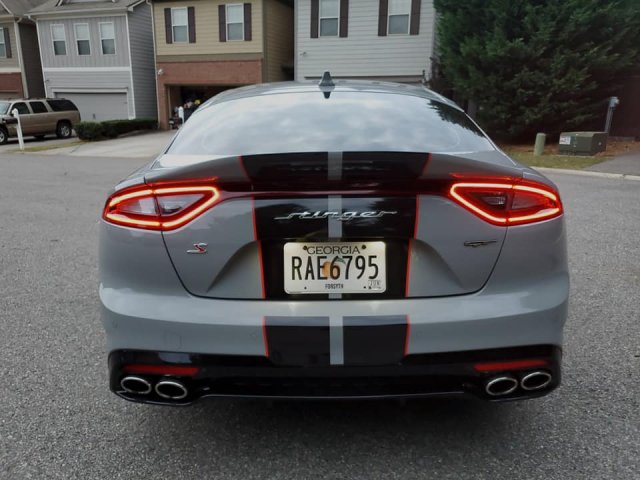 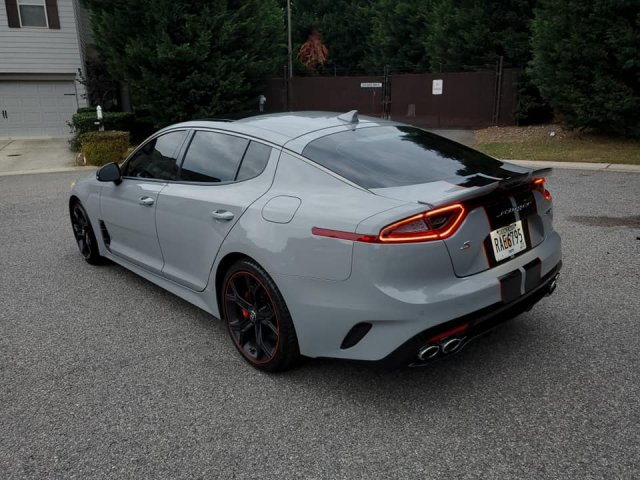 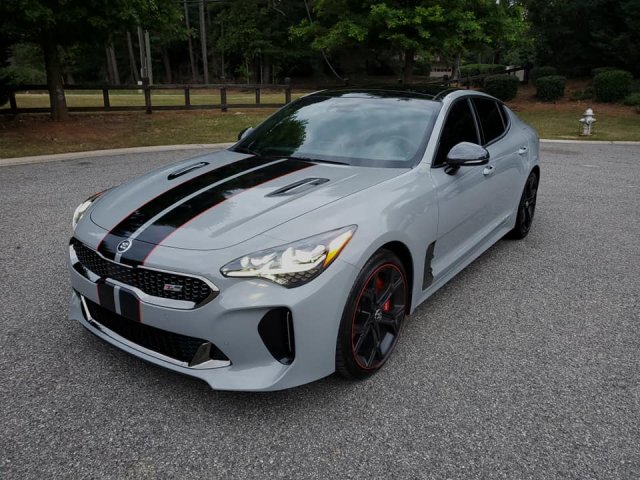 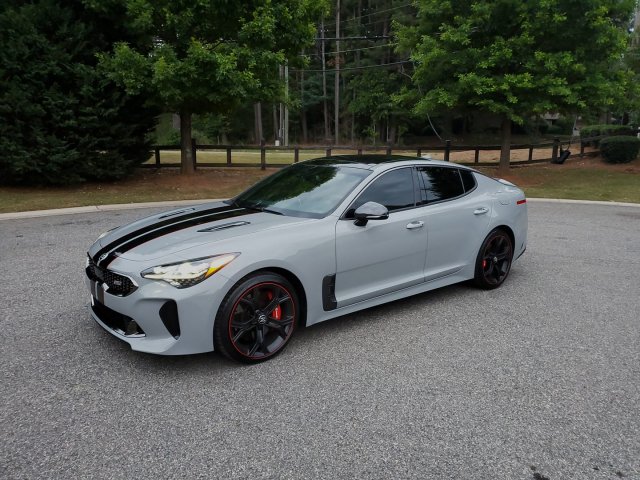 What I Drive
Stinger GT2

robz32 said:
nope
Click to expand...
The funny thing is, I get a much different reaction from the people who have seen it in person. I get three times the people coming up to me to ask me what kind of car is this.

The stripes belong on the Ford Gt or Eleanor, just can't see them on the Stinger. NO
U

stripes don't look good on the stinger, the body style doesn't work well with stripes. a corvette or ford mustang can pull it off.

I guess to each his own! 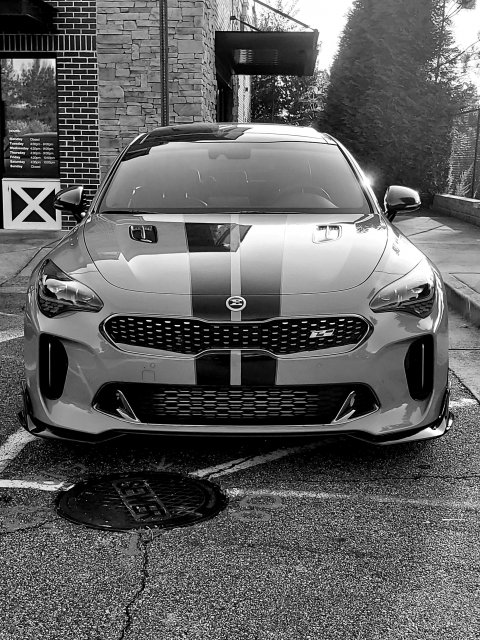 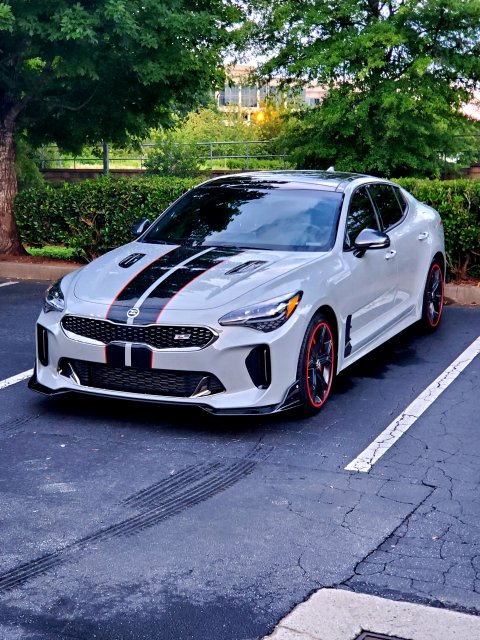 Magneto said:
I guess to each his own!
Click to expand...
Your right, everybody has different tastes when it comes to their car, as long as you like it, that's all that maters.

spider55 said:
Your right, everybody has different tastes when it comes to their car, as long as you like it, that's all that maters.
Click to expand...
I like to see the different interpretations of style. I am not a big fan of the Black carbonfiber hoods, but I know that they love it and respect the effort and the vision behind it. I look forward to seeing the next new thing.

What I Drive
Stinger GT

I would think a tapered line would work better.